Share a memory
Obituary & Services
Tribute Wall
Read more about the life story of Mary Anne and share your memory.

Mary Anne Simpson, of Helena, Montana passed away, surrounded by her family on January 17, 2023. She was 74 years old.

Mary Anne was born on August 18, 1948 in Long Beach, CA to John Robert Simpson of Skowhegan Maine and Marjorie Ann Urquhart Simpson of Denver Colorado. It was in her younger years, living in Seal Beach, where she developed a deep love and appreciation of the calming effects of water. Throughout her lifetime she made every effort to live or be close to large bodies of water.

By all accounts from those who knew Mary Anne best in her formative childhood and teenage years, she was viewed as funny, exceedingly gifted academically, and fun to be around. In 1967, she graduated top of her class from Western High School in Anaheim, CA and soon married her high school sweetheart, Lee Evertz, in 1967. Her first son, Mark Evertz, was born in June of 1968. While pregnant with her second child, Kathryn Evertz (June of 1972), Mary Anne enrolled and completed her bachelor's degree at UC Irvine in 1977.

In October of 1984, Mary Anne and her daughter left California and settled in Helena, MT where she would begin her legal career at the Department of Labor and later meet and marry Drew Anderson.  Her third child, Derek Anderson, was born in June of 1988.

She was at her happiest residing in her country home overlooking Canyon Ferry from 1986 to 1995 with her family, cherished dog, Mariah, and Woodrow the cat.

She was a fiercely protective and proud mother, and grandmother to Harlow Anderson, Owen Evertz, Quinn Olney and Grace Olney. She was a voracious reader throughout her lifetime, and shared her passion of reading,writing, genealogy, and water with her family.

Mary Anne is survived by her children, Derek Anderson of Helena, MT, Mark Evertz of West Linn, OR, and Kate Olney of Middlesex, VT; her four grandchildren; two nieces (Anna and Elizabeth); her brother Robert Simpson of Ann Arbor, MI; her ex husbands, Drew Anderson of Helena, MT and Lee Evertz of Missoula, MT. She is preceded in death by her parents.

A private family memorial will take place at a later date. In lieu of flowers, The family requests those who wish to express sympathy to consider making a donation to their favorite charity or an organization that promotes childhood literacy.

To send flowers to the family or plant a tree in memory of Mary Anne Simpson, please visit our floral store. 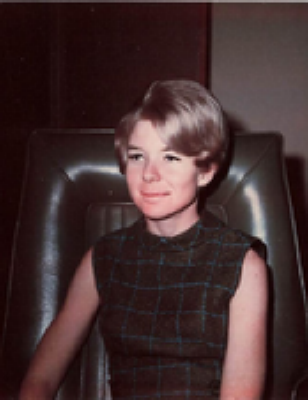 Family and friends are coming together online to create a special keepsake. Every memory left on the online obituary will be automatically included in the book.

You can still show your support by sending flowers directly to the family, or by planting a memorial tree in the memory of Mary Anne Simpson
SHARE OBITUARY
© 2023 Simple Cremation. All Rights Reserved. Funeral Home website by CFS & TA | Terms of Use | Privacy Policy | Accessibility